The first stretchable phone is no stretch for MobiCode! 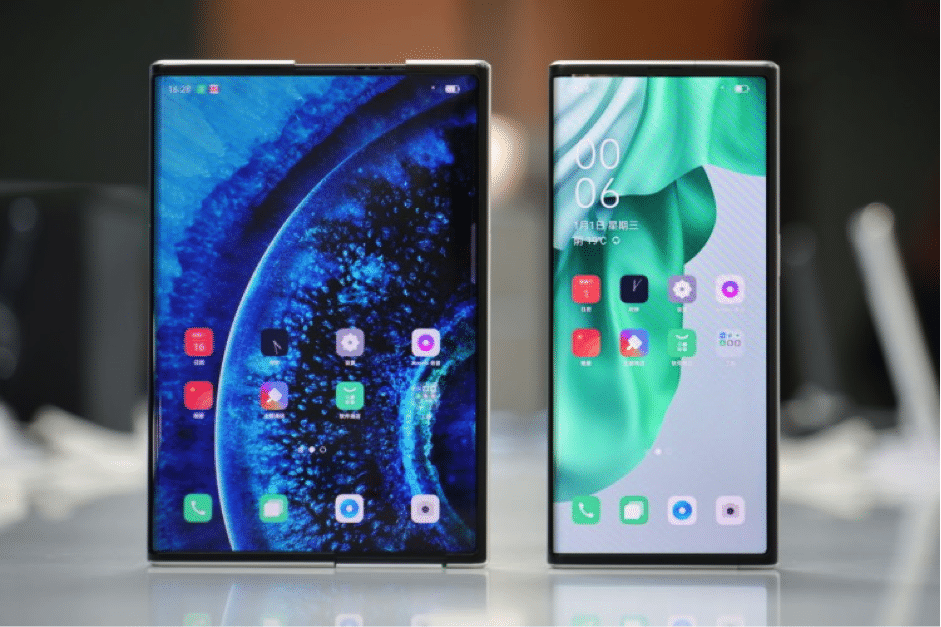 OPPO X 2021
TCL and LG have been teasing the idea of an extendable display on smartphones for some time, and now, we finally get to see a working prototype courtesy of a third brand. The Inno Day 2020 event unveiled the Oppo X 2021 concept smartphone, which is all about its “continuously variable OLED display.” With a simple swipe on a button, the phone is able to transform between a regular 6.7-inch size and a tablet-like 7.4-inch size, and the software interface adapts accordingly for optimal experience — be it for single-hand usage or for multi-tasking.

In a demo shown to Engadget, the prototype futuristically transformed between two screen sizes, with the video resizing itself to fill the screen. Additionally, the system menus and Twitter also switched between their phone interface and tablet interface to match the screen size. Oppo added that the user can freely customize the screen size, so you’re not just limited to either 6.7 inches or 7.4 inches. Hence the “continuously variable” label.

The phone is essentially a motorized scroll, with a large part of the OLED panel laminated onto a “Warp Track” for improved strength, as it goes around a “Roll Motor” (with a 6.8mm scroll diameter) on the left to tuck itself into a hidden compartment. The phone itself consists of a “2-in-1 Plate” body construction: these two parts roll out simultaneously and evenly for better structural support.
Oppo applied for 122 patents for this project, 12 of which were on the scroll mechanism alone. The company stopped short at providing further details — no word on the screen specs, the panel’s supplier nor durability figures. Levin Liu, OPPO Vice President and Head of OPPO Research Institute, stressed that the Oppo X 2021 is still in concept stage, but he hopes to bring this technology to consumers “at the right time.”

The idea of a rollable display is nothing new. LG’s very own rollable OLED TV entered the consumer market about a month ago, but you’ll have to fork out $87,000 for one. Potential cost issues aside, rehousing this technology into a smartphone is more complicated in many ways, especially when it comes to structural strength and durability. If the phone makers can overcome those problems, it would sure be nice to have rollable phones as an alternative to chunkier foldable phones. And hey, no crease!
This phone of the future is also compatible with MobiCode’s Unlock service, which unlocks phones from their networks, giving you network freedom. For a highly anticipated phone like the Oppo, this could greatly maximise sell on price if you end up wanting to sell your phone, as it means whoever buys your phone will have complete freedom of network.

An unlocked mobile device helps to maximise your stock value, compared to a mobile phone or smartphone locked to a specific network, especially with newer and popular devices like Apple iPhones and Samsung Galaxy’s.

I highly recommend using MobiCode’s MobiUNLOCK service once you have got your hands on the Oppo. I would go as far to say it is a necessity!

Home » Blog » News » The first stretchable phone is no stretch for MobiCode!