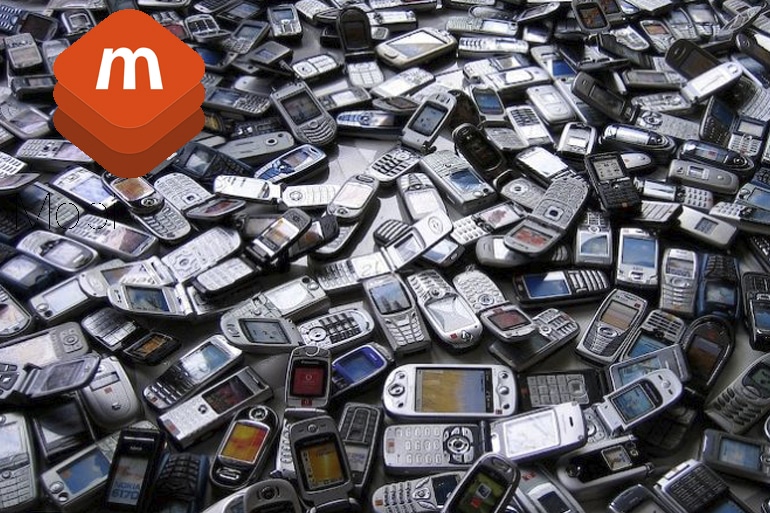 Discarded electronics (including mobile phones) are now the world’s fastest growing electronic waste problem. So much so, that United Nations researchers have warned the issue must be tackled urgently.

A new report by the United Nations University (UNU) has found that the amount of electronic junk has risen by eight per cent in just two years, while only about 20% of this is being recycled. The rest ends up in landfills, incinerated or left just lying around in people’s homes creating a growing electronics waste problem.

In 2016 alone, 43 million tons of electronic waste was generated. The equivalent in weight to almost nine Great Pyramids of Giza, or an incredible 4,500 Eiffel Towers!

This much electronic waste is bad for the planet. It means more devices need to be produced new and transported around the world, which has a significant effect on the environment. What’s more, people are inadvertently throwing away previous metals such as gold, silver and platinum which are used in the manufacture of microchips, motherboards and other electronics. In fact, it is estimated that more than £40 billion worth of recoverable materials is binned every year.

Automation, artificial intelligence and increased connectivity are transforming industries, our daily lives and our societies at an unprecedented rate and E-waste is the unfortunate by-product of this transition.

The rise in waste has also been driven by falling prices in electrical devices, coupled with companies encouraging customers to buy the latest version of their models at smaller intervals, making old devices incompatible with new software in the process.

The average smartphone life cycle in the UK is now under two years and there are more mobile phone handsets globally (7.7 billion) than there are people on Earth (7.4 billion).

Experts foresee a further increase in e-waste of 17% by 2121, with the amount of annual waste increasing to 51 million tons per year as the digital world continues to expand.

The UN report calls for global efforts to better design of components in electrical and electronic equipment to facilitate reuse and recycling and the better recovery of precious metals.

MobiCode have created a comprehensive suite of solutions to support the refurbished mobile phone industry and support the recycling of pre-owned devices. Our services support every stage of the device lifecycle, from blacklist checking & data sharing to prevent fraud, IMEI lookup device information, to unlocking, test and wipe solutions.