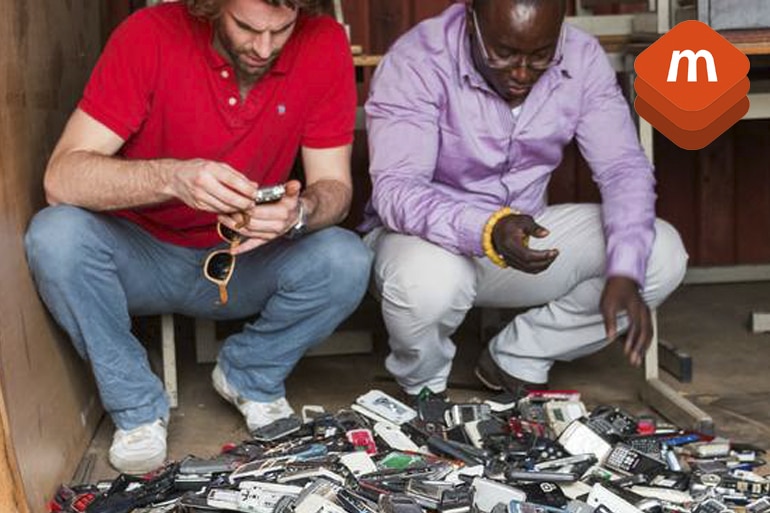 In the world today, the number of mobile phones in use currently exceeds 8 billion.
That’s 1 billion more phones than there are people! And yet, only around 25% of these phones are recycled each year. Samsung & T-mobile join forces to address this issue.

While manufacturers like Samsung have shipped 71.9 million smartphone units in the first quarter of this year alone, phone recycling in African countries is struggling to top 1%.

These statistics are a real cause for concern in a world where increasing levels of electronic waste and pollution caused by manufacturing and logistics are having a huge negative effect on the environment.

Luckily, companies are getting wise to the challenges we face. T-Mobile and Samsung have partnered to try to combat the growing number of mobile phones in circulation. Now, every purchase of a new Samsung Galaxy S10 E Model will be “offset” by recycling one discarded phone from Ghana, Cameroon, Uganda or Nigeria.

Supported in 124 T-Mobile stores across the Netherlands, this scheme has been described as the ‘one for one’ concept. The first shipment of 25 000 used phones (from Cameroon) has already arrived in the Netherlands and will be processed by e-scrap recyclers in the area, reducing the number of phones in circulation and mining the valuable metals and materials used in the manufacturing of mobile phones so that they may be used elsewhere.

Samsung & T-mobile join forces in a collaboration is a tremendous step in the right direction of making the mobile phone industry more circular and self-sustaining. ‘This means we directly contribute to the circular economy by reducing e-waste in developing countries,’ says Gerben van Walt Meijer, marketing manager of Samsung Netherlands. He urges: ‘As the market leader in mobile telecom, it is important that we take our responsibility.’

As awareness about the environment continues to grow, companies will look to increase their sustainability. We’re starting to see signs of this in the mobile phone industry, where businesses are increasingly looking to support and improve offerings of second hand devices.

MobiCode have been supporting the second-hand mobile phone industry since 2011 and continue to develop an extensive range of tools to support mobile phone recyclers and retailers. If you’d like to learn more, get in touch with MobiCode today.