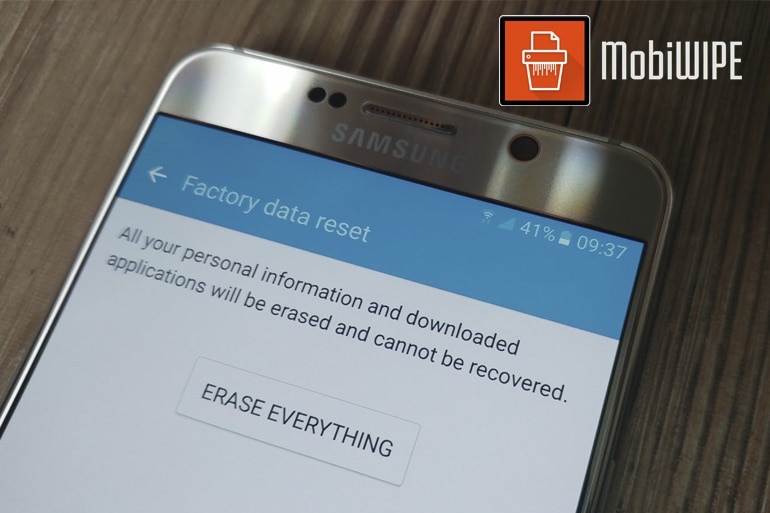 You may be forgiven for thinking that the mobile factory reset code function on a phone removes all personal files and settings and restores the device to the state it was in when initially purchased. But this is not a secure method of data erasure. Personal data can still be recovered from a phone that’s been reset to its “as new” state.

The only way to guarantee a piece of information doesn’t end up in the wrong hands is to destroy it. This isn’t as straightforward as you might think in the digital world. Even severely-fire damaged computer hard-drives have still been shown to often have recoverable data on them and a mobile factory reset code is not the solution to erase data securely.

You’ve probably heard of the term “formatting” in relation to hard drives and the storage of digital information. This sets up the storage device in a format that overrides all old data. The key word here is “override”.  Formatting doesn’t permanently erase data, but simply makes writing over that data possible. For the average user, this is practically the same thing. But for someone who knows what they’re doing, user files are easily recoverable from a formatted device.

The factory reset function on a mobile phone works in a similar way. The phone’s hard drive is formatted, designating that the old data can now be over-written. This is great if a user wants to clear up space on their phone, remove a virus or bug, or would like to hand their phone down to a family member. But if you’re a business dealing with second-hand devices, a factory reset alone is not a suitable way for clearing personal data from a mobile phone, and it carries a significant risk of data breach.

Knowing the limitations of a phone’s built-in factory reset function, MobiCode developed a superior method of mobile erasure that is ADISA approved and GDPR compliant. MobiWIPE is our industry-leading erasure solution for businesses who carry out mobile phone refurbishment.

MobiWIPE is a mobile phone data wipe tool that carries out a deep formatting of your phone’s local and external storage (as opposed to the quick format method described above). It gets rid of several things a regular factory reset wouldn’t. This includes account data, history, contacts, stored media, and all email folders such as inbox, outbox and sent messages. The wipe also purges all metadata logs, erasing every trace of any communication that happened via the device.

Remember, MobiWIPE is an ADISA approved, GDPR compliant mobile erasure tool and is guaranteed to secure your pre-owned device stock against data breach.